Can a Psychic Help You Become a Better Yoga Teacher?

Everyone has a preconceived notion of what a “psychic” is. But typically people don’t think of a psychic in terms of intuition and even brain functionality. Intuitive medium Jill Willard will tell you that everyone has the ability to further access their intuitive powers, and it can help you become an amazing yoga teacher and a better person.


Jill is a best-selling author of Intuitive Being and a speaker on the brain and intuition, who describes herself as an “Intuitive Medium.” That’s “medium,” as in a person who has the ability to convey messages or thoughts from those that have passed away. 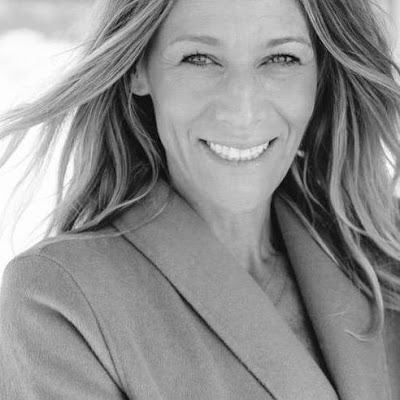 
The naysayer in you likely is raising the old eyebrows at this point. But Jill’s story is less about her own abilities and more about your own, and what you can do to access your own “psychic” ability -- your intuition.


Jill grew up in northern California, surrounded by family and friends. She loved being outside and among people. That’s when she first heard the voice. “It seemed louder than other people experiencing any “voices,” and it seemed I was the only one who heard this small voice,” Jill recalls. “I learned to trust it quite a bit, and being a creative kid, this helped it grow.” 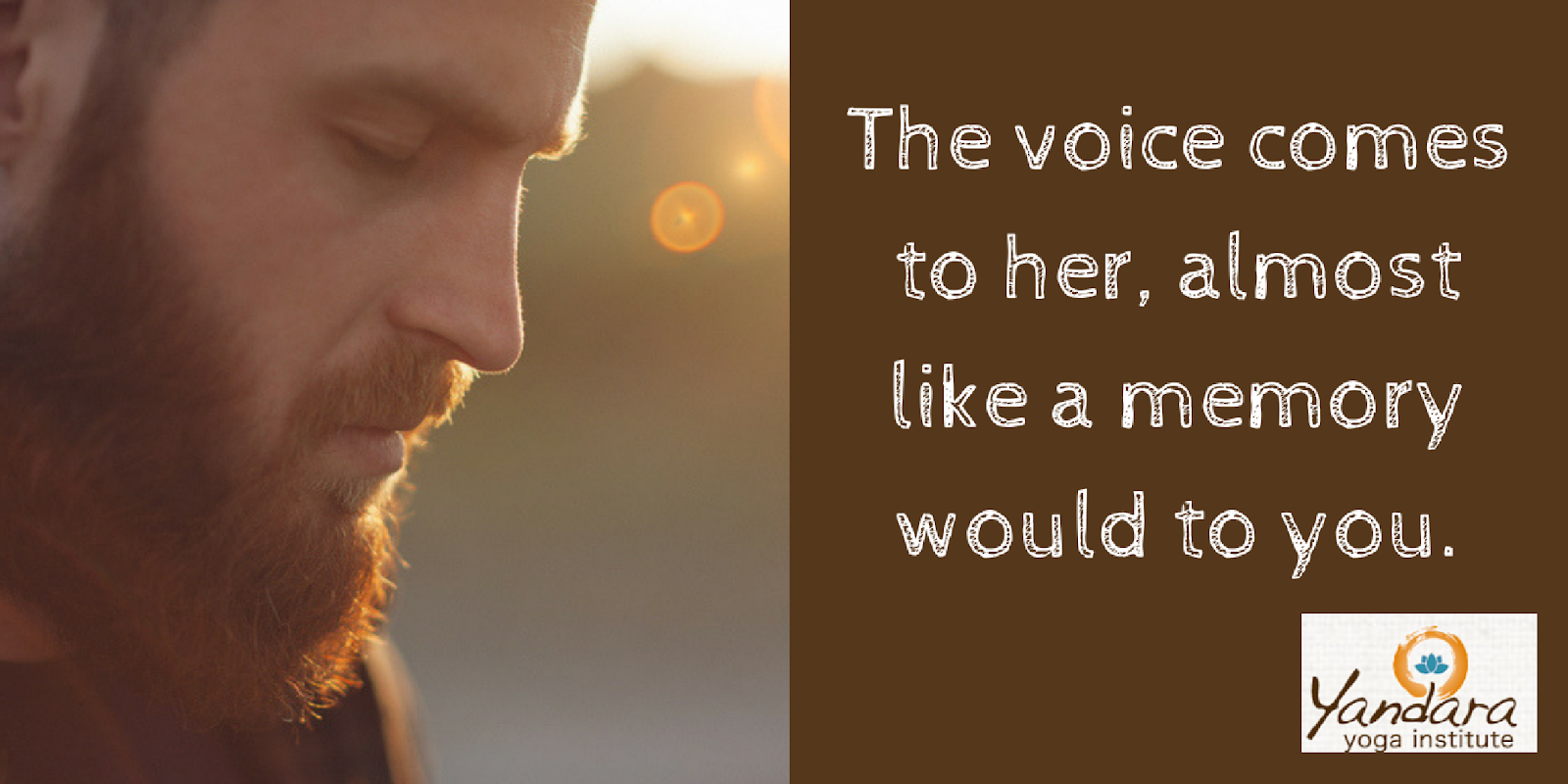 What Jill heard was a voice that comes to her, almost like a memory would come to you. It can be very vivid, like a conversation.  “It can come in so visually and factually, like it is definitely occurring or occurred at some point, if not in this moment,” she says.


The voice was, and is, tapping into the aura around people. Every person has an aura; an aura is a type of energy around every living thing (or that with a brain) that carries with it things from your past, from this current moment, and things from your future. She can pick up energy from that aura, and with it, comes those intuitive flashes or knowings.


In this audio interview, Jill describes her life as a psychic.

Careful not to abuse her gift


It’s a bit unnerving to interview a medium. You can’t help but think while you’re taking notes, Jill might be tapping into your aura to see what you’ve been up to lately.  Don’t worry, she assured us. That’s not how she rolls.


“I don’t abuse it,” Jill says. “I’m not purposely going to peek into your closet.” 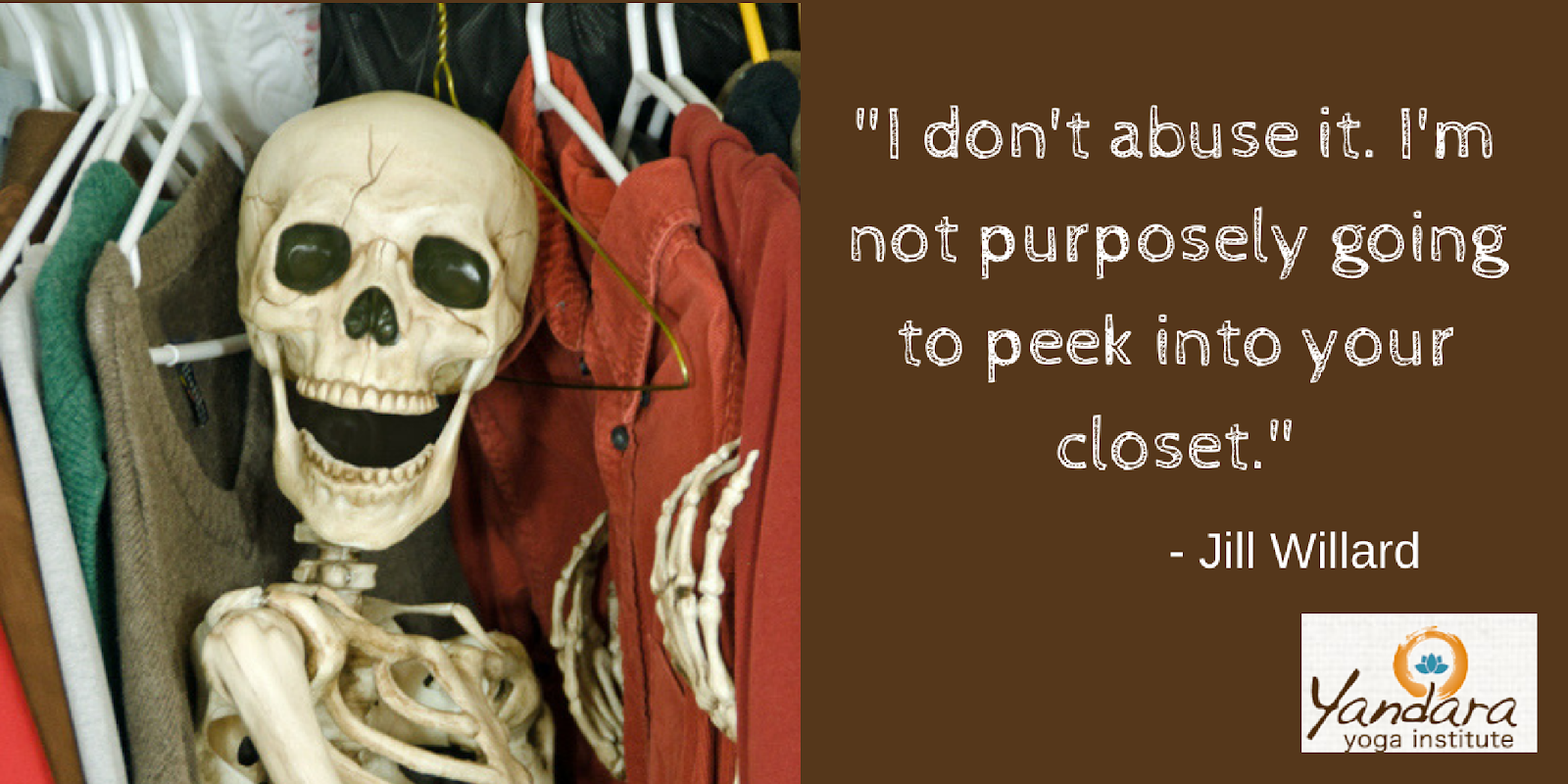 This is a matter of self-preservation as much as it is psychic courtesy. The voice can grow deafening. At one point, she reached out to a fellow psychic medium who helped her “close it down.”  Since then, she’s learned to control the voice, and access it when people are looking for help.


Jill isn’t shy about her gift, primarily because she believes each and everyone has a similar power. But just what is intuition -- and how can you access it?


Intuition - following what you know is right


Intuition is the ability to understand something without conscious reasoning.  You just know.


We all have it, Jill says, but we often ignore it in favor of quantitative data, reports, and multiple opinions. We have more access to information than ever before, which helps us understand all the options. But this can be disabling when it comes to seeing the big picture. 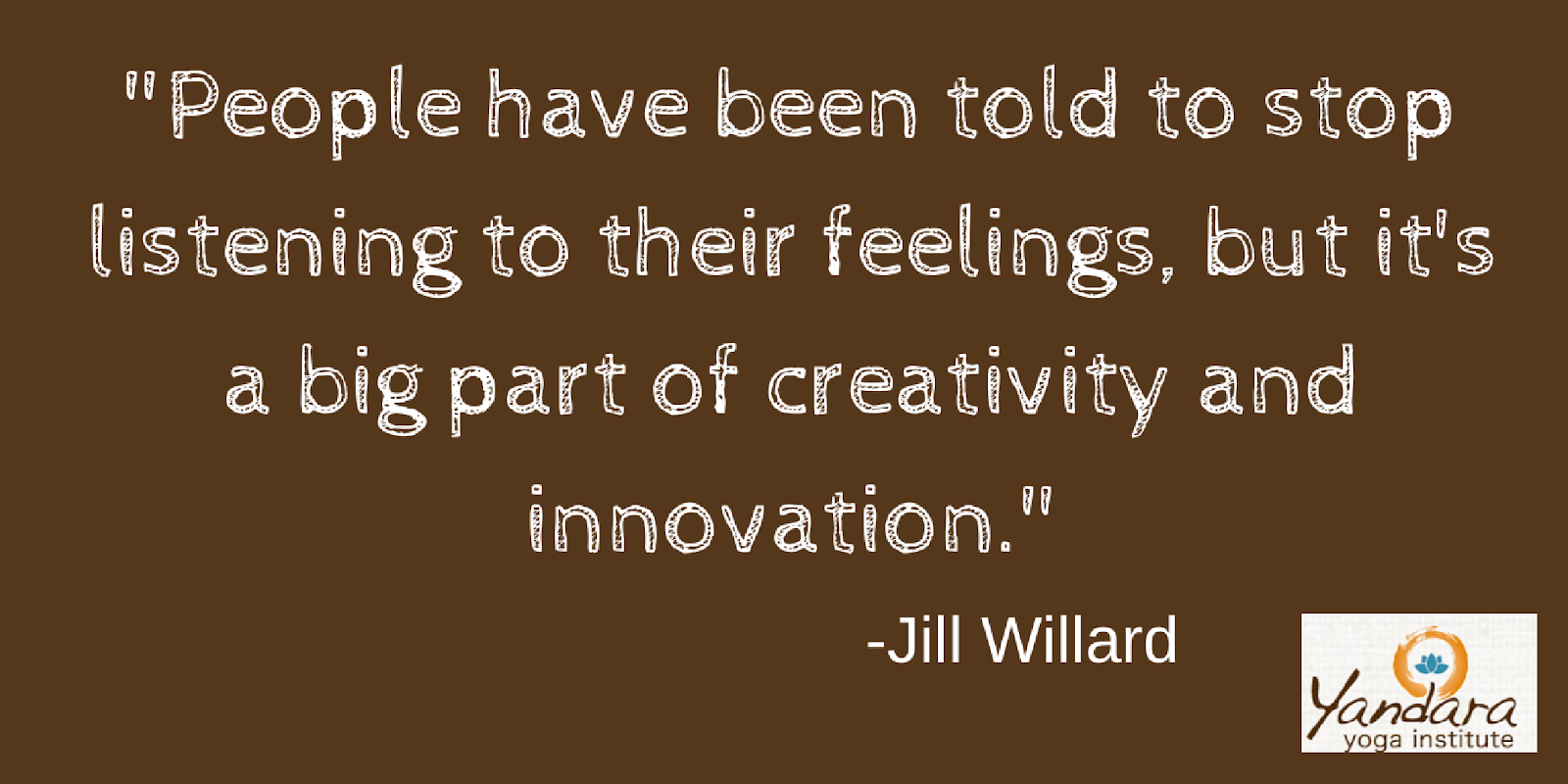 “People have been told to stop listening to their feelings,” Jill says.  “But it’s a big part of creativity and innovation.”


That’s the helpful part of the voice Jill hears. But she believe her “psychic” ability is less about being granted with some sort of supernatural powers, and more about being able to access the right side of her brain. What seems to be rather mystical (“I’m not a witch,” Jill says) perhaps can be explained rather scientifically.


Why Jill connects: The left and right side of the brain


The brain is divided into two sides.  The left side is dominant with language. It processes what you hear and handles speaking duties. It also carries out logic and exact mathematical computations.


It’s the thinking side of the brain -- the left side helps you remember to do the laundry or pick up some groceries at the store. It analyzes events, matches them with what has happened in the past, and then thinks (or worries) about what happens in the future.


The right side is in charge of spatial abilities, face recognition, and processing music. It helps comprehend visual imagery and makes sense of what we see. It plays a role in language, particularly in interpreting context and a person’s tone. It also loves connection rather than parts.


The right side of the brain lives in the moment. It’s how you connect with all the energy that’s around you -- the aura that Jill Willard was referring to. Here is where your intuition lives, free from worry and doubt.


The previous technical description of the two hemispheres was pulled from this LiveScience article. The rest was paraphrased from this amazing TED Talks video from Dr. Jill Bolte Taylor.  With amazing clarity and beautiful emotion, listen to Dr. Taylor explain how the two sides work. It can also give you some insight into Jill’s intuitive abilities.


Silence is golden, and it's also the key to unlocking intuition


Jill’s goal is to help you unlock your intuitive power, to make that same connection that Dr. Taylor experienced. (Although, perhaps not to that extent!)


She uses simple techniques like deeper breathing, more hydration, and rest to help us slow down and listen to ourselves. “The more silent you are, the more you will open it,” Jill says.  She believes that silence can really help you “excavate,” and go back and clean up your past. 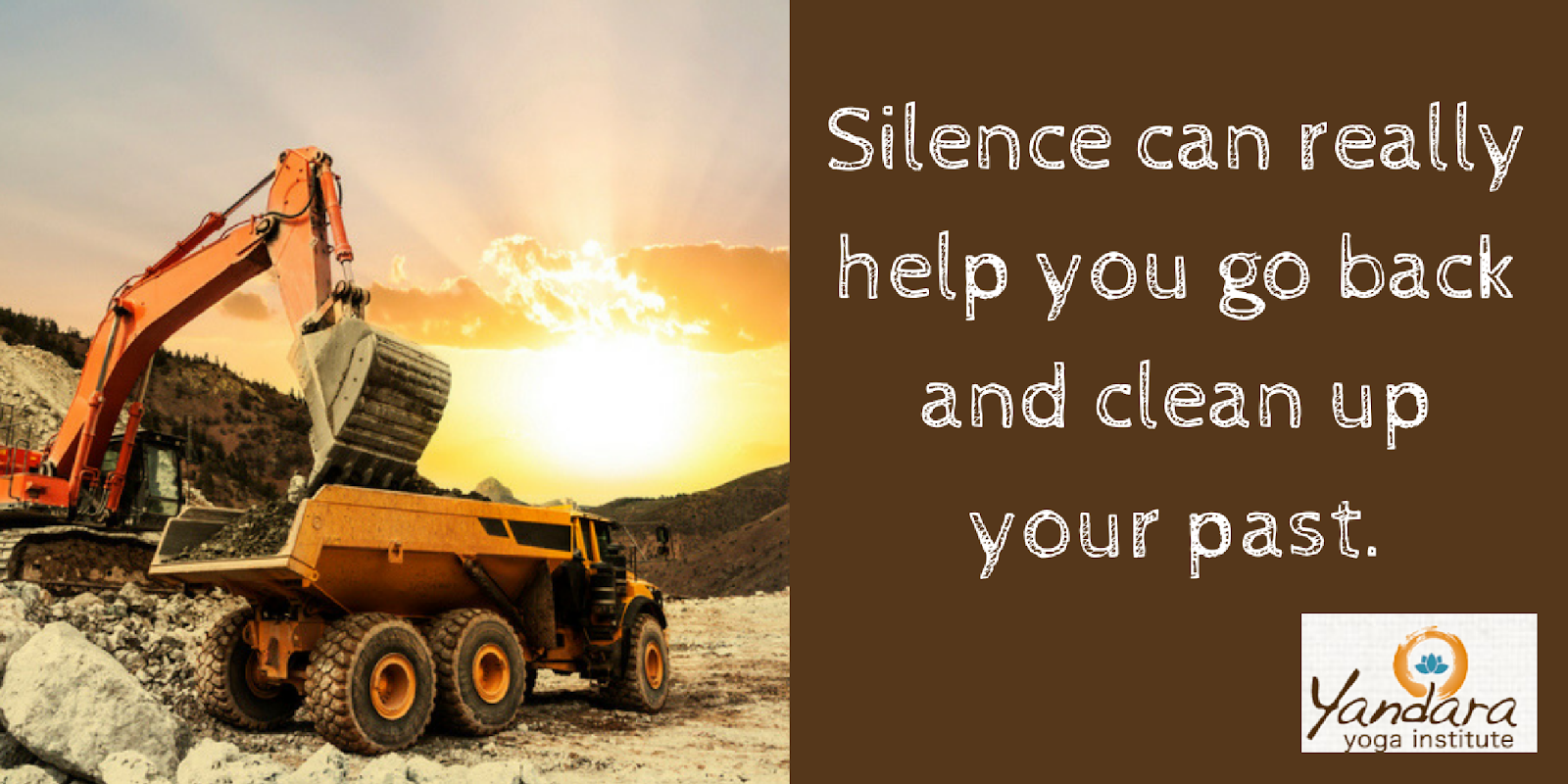 “We need to open the layers, and go back to the roots of your tree,” she says. That involves owning your past behaviors, which people tend to avoid. It’s easier to blame others instead of dealing with your own issues.


Silence can help you meet those issues and deal with them, but Jill also believes you need to open up to others. She’s worked with many CEOs and millionaires who are unhappy simply because they shut out their own voice and the voices of others.  They listen to the left hemisphere of their brain too much -- and that literally and figuratively is not right.


Using both sides to be a better yoga teacher


For yoga teachers, her advice is to get your left side to relax, and hear or go more kindly with your right side. Utilize your training, but don’t allow it to shut off your intuition.  “Use both sides,” she says.  “Incorporate the analytic and intuitive side, and bring that partnership into everything you do.”


This translates into two pieces of advice for yoga teachers:

2. Be a teacher AND a student


It’s important to remember that as yoga teachers, you are both a student and a teacher.  And part of being a “student” is learning what your class needs, on a personal level. 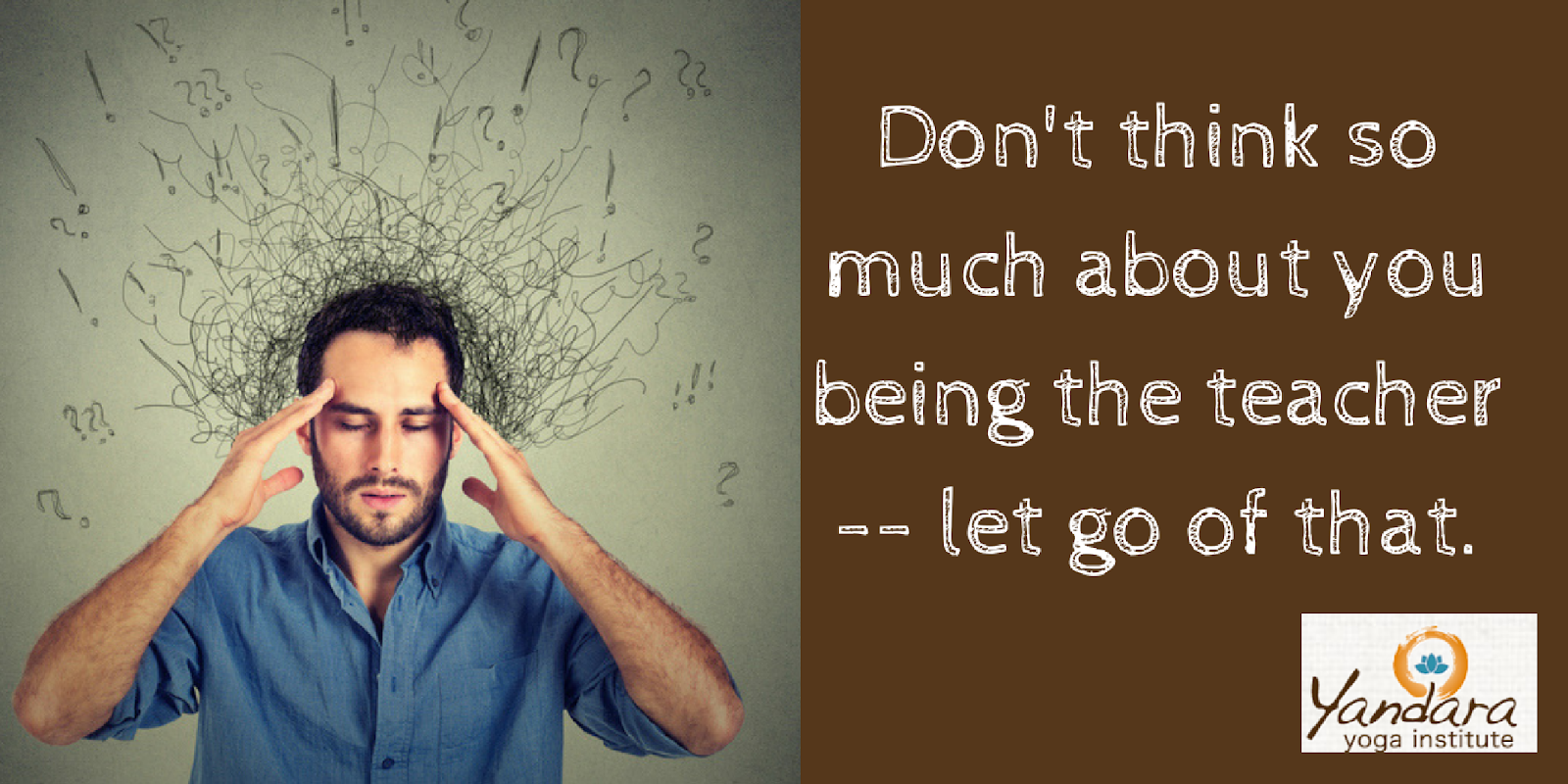 Don’t think so much about you being the teacher -- let go of that. When you’re in class teaching, let your intuitive side tap in to assist the students. Everyone learns at different speeds and has different goals. When you truly connect with your students, you understand that pace.


It’s why you remember your favorite teacher from when you were growing up. They connected with you. They followed their intuition and lived in the moment -- your moment, as well as theirs.


Jill also wants to clarify that intuition and pursuing silence doesn’t give you license to kick back. You won’t go into “la-la land,” as Dr. Bolte Taylor describes it, unless you’re having a stroke. The left brain helps you get to work, schedule those classes, and pick up your paycheck.


The goal is to find the balance between the left and right side of your brain. “Be passionate about your work, but remember, you have to work,” Jill says, noting that it’s not realistic to think your life is going to be pure bliss.  Your want a relaxed lifestyle, but not to be too relaxed.


It’s ironic that in the video, Dr. Bolte Taylor describes the left side of your brain as having a voice that talks to you, constantly reminding you of your worries and fears. Jill Willard hears the voice that comes from the right side of the brain, of love and connection, and she’s beholden to it.


Your homework for today, and for the rest of your life, is to do the same. Listen to your own intuition. Connect with it, and you’ll connect with your students and your own true self.

We offer a variety of locations to completely immerse yourself in the yogic lifestyle. All our yoga certifications include meals and accommodation. Prices starting at $2950.

Find Out About Our Yoga Teacher Training: Sitemap